Test Cases For ATM Machines: In this article, we will discuss some primary and generic positive and negative test cases for atm test cases. If you want to know more about our previously discussed test cases or scenarios. Here are those:

Suppose you want to achieve all the above points for ATMs. In that case, you have to test each separate component, after that integrate testing after assembling all the elements, and finally, need to perform performance testing. 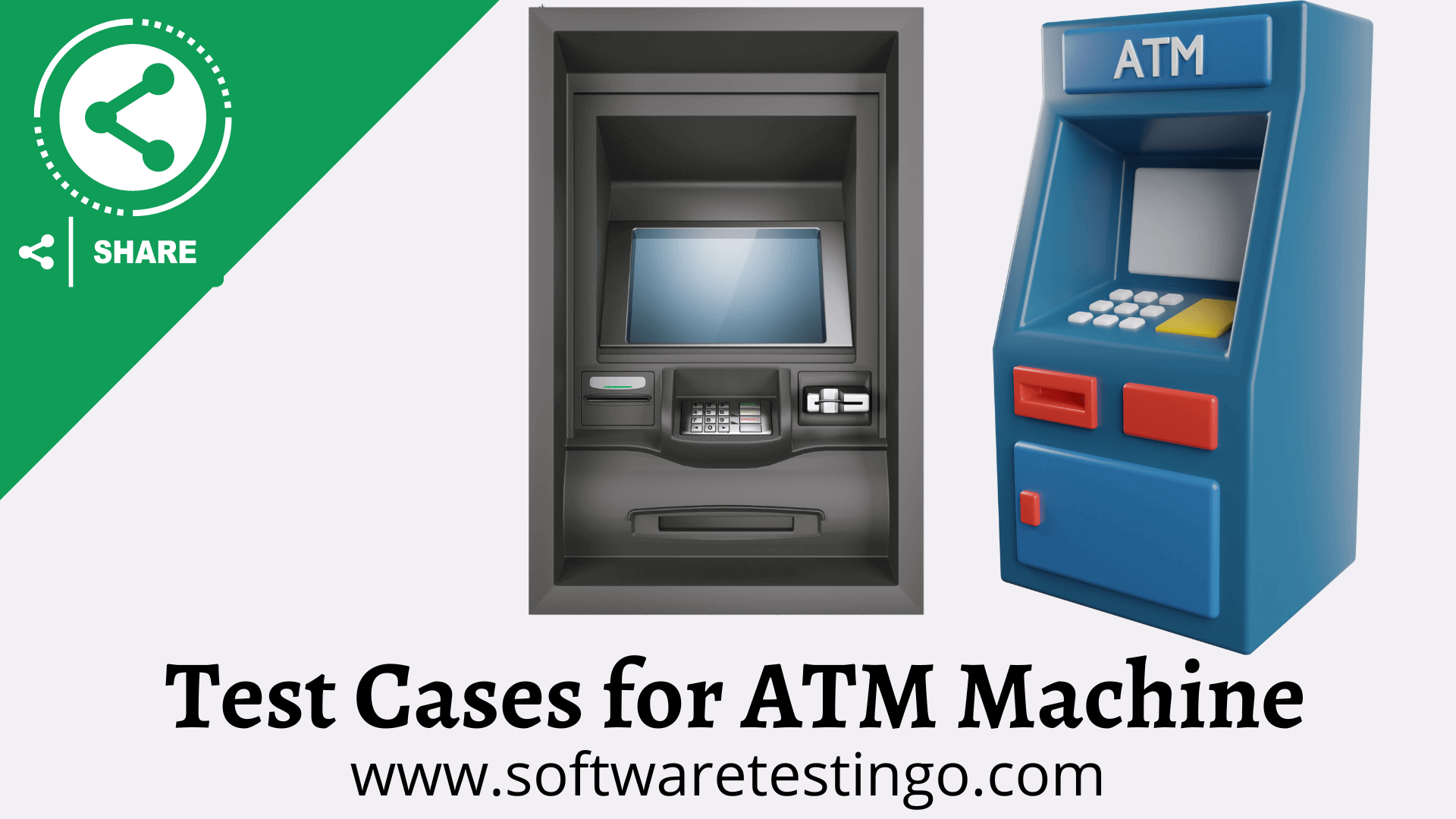 Depending on the design of the ATM terminal, the following positive and negative test cases for the ATMs can be formed. If you’re familiar with the bank’s terminal, you may notice that there are always more test cases you can check for and verify if the software functions as expected.

The more you know about any bank’s ATM terminal, the more you can write in your ATM test cases. You can also take a walk outside and check out the functionality of your debit card in a nearby ATM.

Note: ATM Test cases may vary from bank to bank due to how these terminals are designed. Also, each bank has its way of handling the sequence in which cash is being taken out. For example:

After going through all of these test scenarios, I hope you have an idea about the ATM Machine because we are trying to cover UI, Positive, and negative test scenarios in our test cases for the ATMs. You can take the below things as a challenge and try to answer those. So, you can improve your knowledge:

This post is trying to cover ATMs’ widespread and generic scenarios. But still, we believe if you think about more situations, you may find other scenarios. Let us know in the comment section of the then-missed scene so we can update this article.

If you still want to contribute something to the testing community, you can share it with us at softwaretestingo.com@gmail.com.