Test Case For FAN | FAN Test Cases | Test Scenarios For Fan: If we want to examine any tester, then the best way to know him/her is to ask him real-time questions over real-time examples. Just like the day-to-day objects we used to work on and see daily. So let’s take an instance of ‘Fan’, which you see, you use multiple times a day.

The “How to Test” series covers the most commonly asked questions around writing test cases. We discussed the “Test case for a pen” in the previous article. Moving forward in this series, I am covering the most common interview questions asked in an interview “can you write down the Test cases for Fan?”.

We already discussed in the previous article that if the interviewer asks you to write the test cases, then do not assume the requirements yourself. It would be best if you asked cross-questions about the requirement, which will help you understand or unclear the missing requirements. In this particular scenario, you may ask what type of fan. Is it a ceiling fan or a table fan? How many blades do fans have, what speed level on the regulator, etc.?

Object Consideration: To write down the Test cases now, I am writing the cases for a ceiling fan with three blades 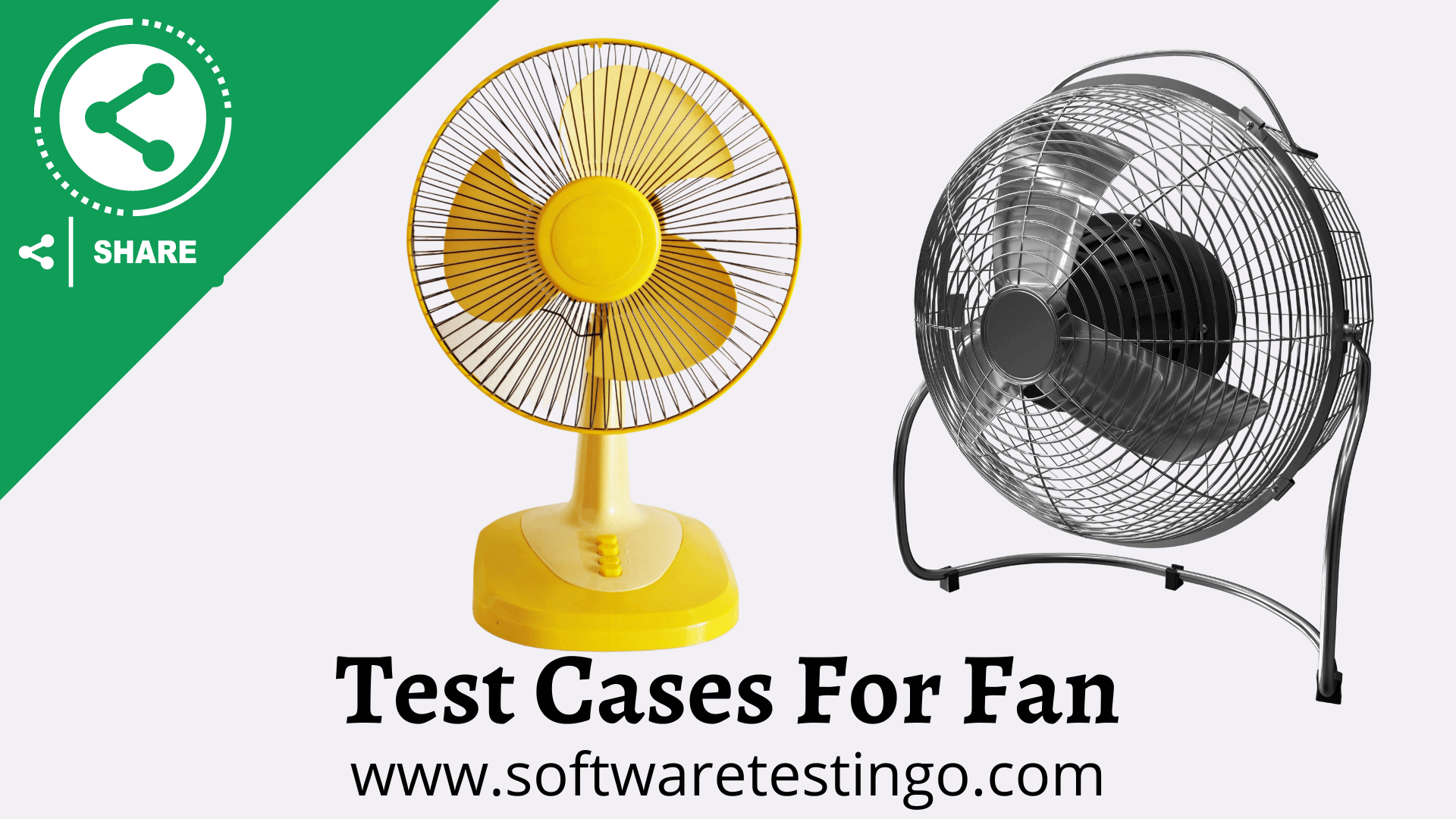 Here I have listed down a few Test cases for Fan. I have initially not included a few interesting test cases you can write down. So let’s think of adding the test cases not included in the above list to make a more comprehensive list for our readers.

You can write down the test case in the comment below. I appreciate it if you take up this Testing Challenge to get good test cases for a fan to our readers.