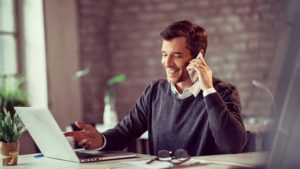 HP ALM is a set of software tools developed and marketed by Micro Focus (previously Hewlett-Packard and Hewlett Packard Enterprise) for application development and testing. It includes tools for requirements management, test planning and functional testing, performance testing (when used with Performance Center), developer management (through integration with developer environments such as Collabnet, TeamForge, and Microsoft Visual Studio), and defect management.

A.L.M. is designed to support critical stakeholders responsible for delivering applications as they progress through their lifecycle. It is a combination of a common platform, several critical applications, and a dashboard targeted at managing the core lifecycle of applications, from design through readiness for delivery to operations.

All of these core lifecycle activities are connected from a workflow perspective with a standard management console, layer of project tracking and planning and built on a common software foundation containing a consistent repository and open integration architecture with a supported SDK

Below are the topics covered

Who this course is for:
Instructors: Manu Mitra
Executive – I.T. Operations

He completed Masters in Electrical Engineering in the year 2009 at the University of Bridgeport, Bridgeport, CT U.S. He worked for five years in Information Technology (I.T.) as a Systems Analyst in the United States and has one approved patent from the United States Patent and Trademark Office (USPTO) and two filed patents. He published many articles, including research, policies, reviews, mini-reviews, editorial, short communication, and letter to the editor in various journals.

His areas of interest include but are not limited to Electrical Engineering, Nanotechnology, Nanomedicine, Robotics, Quantum Physics, Physics, Electromagnetics.